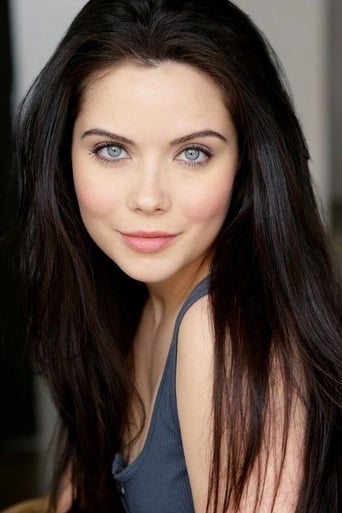 From Wikipedia, the free encyclopedia. Grace Victoria Phipps (born May 4, 1992) is an American actress, singer, and dancer. In 2011, fresh out of high school, Phipps starred in the prime role as Bee in the 2011 major movie remake of the 1985 horror film Fright Night, a DreamWorks movie. That year, she also originated the role of Amy in The Nine Lives of Chloe King, an ABC Family series. She was cast as edgy beauty April Young in The Vampire Diaries in 2012, appearing in ten episodes in season four. In 2013, she starred as Lela in Teen Beach Movie, the second highest-rated Disney Channel Original Movie. Her song "Cruisin' for a Bruisin'", with Ross Lynch and Jason Evigan, reached # 82 on the Billboard Hot 100 that year. In 2015, she starred, again as Lela, in teen musical Teen Beach 2, which premiered as the most-watched cable movie of 2015. Phipps has also appeared in the comedy series Baby Daddy, in the fantasy horror tv series Supernatural, and in teen sitcom Austin & Ally. She has also acted in black comedy horror tv series Scream Queens, in horror comedy Tales of Halloween, in the police procedural drama tv series CSI: Cyber and Hawaii Five-0, and on the cover of the June/July 2015 issue of Girls' Life.