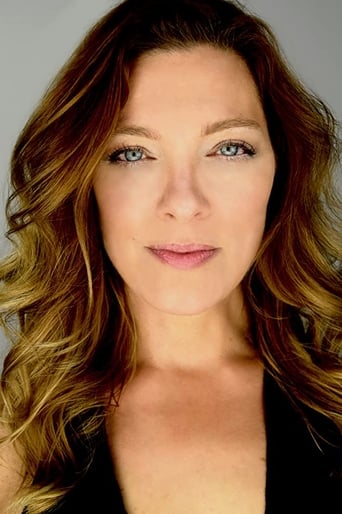 Sabrina Gennarino was born in Rochester, New York. She moved to New York City to continue modeling and attend college. She discovered her passion for acting when a friend asked her to be in a play, where she played two different roles after only two nights of rehearsal. She began to study with the incomparable Eric Loeb, who is still her coach today. He helped her find her voice and confidence. She booked her first full feature and then several independent shorts. Including her unbelievable role in H.R. Pukenshette, where she portrays the ex-girlfriend from hell. She has gone on to star in "Bum Runner" with Joe Reitman, "Virgin Larry" by The Leupp Brothers, and the full feature "Fortunes" starring Mike McGlone and James Urbaniak. She had yet another breaking in performance with her role in the indie feature, "The Fall Before Paradise," directed by Steven Gillilan. She starred in Jake Kennedy's "Days of Darkness". She will soon be seen in Brett Simmons, "The Monkey's Paw" and Daniel Stamm's, "Angry Little God". She made her writing and producing debut on "The Hypocritic Oath" and followed that up with "AFTER". She also starred in both films. Sabrina has also flexed her muscle with some of the heaviest hitters on the small screen. Starring opposite Joe Pantoliano as Nina on "The Soprano's", "The Guiding Light", "Strong Medicine" and "Criminal Minds". Sabrina spends most of her free time working with dog rescues and other charities. She resides in Los Angeles and New Orleans with her producing partner and husband, Pieter Gaspersz and their daughter. - IMDb Mini Biography