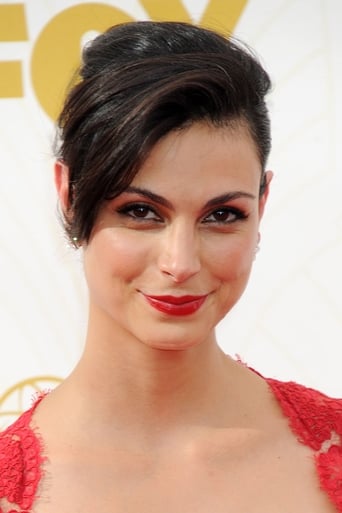 Morena Baccarin (born June 2, 1979) is a Brazilian-born American actress most widely known for roles in several American science fiction television shows: as Inara Serra in the series Firefly; as Adria in the series Stargate SG-1; and as Anna in the 2009 version of the series V. Baccarin was born in Rio de Janeiro, Brazil. Her mother is Brazilian stage and TV actress Vera Setta, and her father is Italian journalist Fernando Baccarin. When she was 7, Baccarin moved with her family to Greenwich Village, New York, as her father was transferred to Globo TV's headquarters in the United States, working as editor. Baccarin attended Public School 41 and New York City Lab School for Collaborative Studies, where she and Claire Danes were classmates. She later attended the Fiorello H. LaGuardia High School of Music & Art and Performing Arts before she entered the theater program at Juilliard. Baccarin landed her first movie role in the improvised fashion world comedy Perfume (2001).