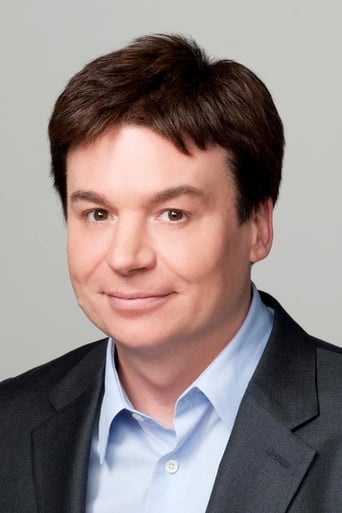 Michael John "Mike" Myers (born May 25, 1963) is a Canadian actor, comedian, screenwriter, and film producer of British parentage. He was a long-time cast member on the NBC sketch show Saturday Night Live in the late 1980s and the early 1990s and starred as the title characters in the films Wayne's World, Austin Powers, and the Shrek film series. Description above from the Wikipedia article Mike Myers, licensed under CC-BY-SA, full list of contributors on Wikipedia. Michael John Myers was born in 1963 in Scarborough, Ontario, to Alice E. (Hind), an officer supervisor, and Eric Myers, an insurance agent. His parents were both English, and had served in the Royal Air Force and British Army, respectively. Myers' television career really started in 1988, when he joined Saturday Night Live (1975), where he spent six seasons. He brought to life many memorable characters, such as Dieter and Wayne Cambell. His major movies include Wayne's World (1992), Wayne's World 2 (1993), So I Married an Axe Murderer (1993), the Austin Powers movies and The Cat in the Hat (2003). [Source, IMDB]