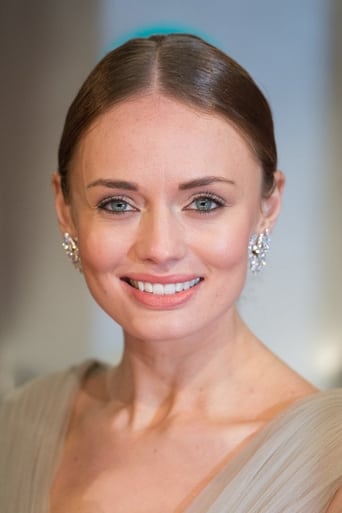 Laura Haddock is an actress. From Wikipedia, the free encyclopedia. Born in Enfield, London and raised in Harpenden, Hertfordshire (where she attended St. George's School), Haddock left school at the age of 17 and moved to London to study drama. She trained at Arts Educational School in Chiswick. Haddock made her television debut in the television pilot Plus One, part of the Comedy Showcase 2008. Her other television credits include The Palace, My Family, The Colour of Magic, Marple: A Pocket Full of Rye and Honest, playing the lead role of Kacie Carter. She also appeared in the pilot episode of Life Is Wild, the American version of Wild at Heart. She also starred in adverts for dot tel. Haddock played the lead role of Natasha in the ITV1 comedy dramaMonday Monday, and appears in series two and three of How Not to Live Your Life, replacing previous female leadSinéad Moynihan. In 2011, she appeared in the Cinemax/Sky TV drama Strike Back: Project Dawn for two episodes playing the kidnapped daughter of an illegal arms dealer. She stars as Lucrezia Donati, the mistress of Lorenzo de' Medici and lover ofLeonardo da Vinci in the 2013 series Da Vinci's Demons. Haddock's theatre credits include Famous Last, which formed part of the 2009 Sky Arts Theatre Live! project, and Rutherford & Son at Northern Stage.