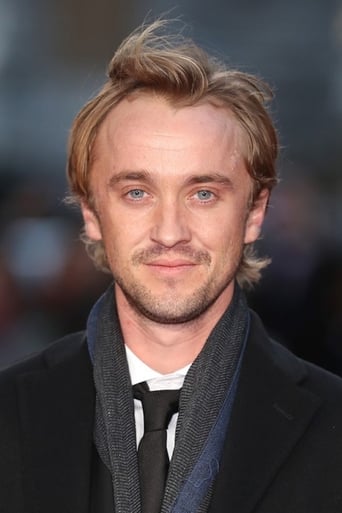 ​From Wikipedia, the free encyclopedia Thomas Andrew "Tom" Felton (born 22 September 1987) is a British actor and musician. He is best known for playing the role of Draco Malfoy in the Harry Potter film series, the movie adaptations of the best-selling Harry Potter fantasy novels by author J. K. Rowling, for which he auditioned at age twelve. Felton started filming in commercials when he was eight years old and in films at the age of ten, appearing in The Borrowers and Anna and the King. After being cast as Draco Malfoy he has subsequently appeared in all eight Harry Potter films, from 2001 to 2011, and finished filming the last two. A fishing aficionado, he helped form the World Junior Carp Tournament, a "family-friendly" fishing tournament. Felton's portrayal of Draco Malfoy in Harry Potter and the Half-Blood Prince won him the MTV Movie Award for Best Villain in 2010. Description above from the Wikipedia article Tom Felton, licensed under CC-BY-SA, full list of contributors on Wikipedia.